Home About Contact 📖
What should I do if I get pulled over after drinking? | Zamzow Fabian PLLC Articles

What should I not do if I get pulled over after drinking?

Don’t be a jerk.
Be polite. Simple advice but comply with the officer’s requests. More than likely you’ll be asked for your license and registration. Keep your hands visible. Don’t guess at why the officer pulled you over in the first place. It’s common (and they’re trained) to ask you “Do you know why I pulled you over?” You don’t.

Don’t say I’ve had “a couple” of drinks.
This may be the most common answer in an exchange that goes something like this:

Officer: Have you had anything to drink tonight?

Officer: How much have you had to drink?

You:  A couple of beers/seltzers/drinks/etc.

There’s no obligation to provide evidence against yourself. Usually if the officer is asking, it’s because he “smells the odor of alcohol” or it’s late night. Unless you’re sure you haven’t been drinking (you’d know), don’t provide the number of drinks; definitely don’t guess at it; and saying “a couple” won’t improve anything. Respectfully decline.

Don’t do the field sobriety tests.
If the officer asks you to step out of the car, do that. The police have the right to ask and you should comply with their request. But once you’re out of the car, there’s zero obligation (and no penalty for) declining to participate in roadside field sobriety tests. The “standardized” field sobriety tests (SFSTs) include the horizontal gaze nystagmus (think: stimulus moving across your eyes); one leg stand (self explanatory); and the walk and turn (9 heel to toe steps one way and back). Truthfully some of these coordination tests can be difficult in perfect lighting and on a flat surface. As you might imagine, that’s vastly different than the conditions you’d be facing on the side of the road as cars whiz by and your adrenaline is pumping.  If asked to do these tests, respectfully decline. No reason to help the police compile evidence against you.

Don’t do the preliminary breath test (PBT).
Putting aside whether the officer has enough probable cause (the legal standard for a “search” which a PBT is) to make the request, the penalty for declining is a civil infraction, i.e., a ticket like one you’d get for speeding along with a fine.  While PBTs are generally not admissible in court, they alone can be the basis for the officer to arrest you. MCL 257.625a. If you think to yourself: “I just absolutely nailed those SFSTs and I’m about to get out of here.” Hold right there. First, why did you do the SFSTs in the first place. Second, even if that’s true, a PBT result of 0.08 or higher and you’re not going anywhere other than the backseat of the police car with cuffs on. Respectfully decline the PBT. No reason to help the police build the criminal case against you.

(Probably) Do the requested breath or blood test.
This is different than the PBT. Should the officer choose to arrest you, despite all of the legally savvy decisions you’ve made to this point, you’ll be asked to consent to a breath test or a blood draw (urine can also be requested but that’s not typical). Before this request—and this is how you’ll know this is the one test you’ll probably want to consent to—the officer will read your “chemical test rights.” Michigan is an implied-consent state. That means you’ve already given consent (said “yes”) to the officer’s request for a breath or blood test simply by being on the road. So if  you’re read your “chemical test rights” and you refuse (say “no”) there’s an automatic license sanction: Your driver license is suspended for a full year based on refusing to consent (say “yes”) to the breath test or blood draw. This is all stuff that is covered in the “chemical test rights.” The reason you’d probably want to agree to this test is because the one-year license suspension is much longer and more punitive than most license sanctions that follow a drunk driving conviction. On balance, and practically speaking, for. most first-time drunk drivers, this one-year implied-consent license suspension is worse than anything else that may come as a result of a drunk driving conviction. Let your lawyer  worry about whether the test results are admissible against you later.

Do find and hire a good lawyer. Do it right away.
You’re typically released from custody (think: jail) not long after a drunk driving arrest; typically the next morning. But the drunk driving charges don’t always immediately follow. This is especially true if the police choose to ask for a blood draw—which is much more typical request these days. Those results likely won’t come back for a few weeks, and most prosecutors want to make sure they know what your blood alcohol level is before charging you with anything.

Even though the state may delay things, you shouldn’t. Reach out and find a lawyer to help right away. Why? Because there may be evidence out there that is time sensitive and won’t be available if you wait until you’re charged. For example, if you think that some surveillance footage from a store might be helpful, that is usually gone within days or a week. Your lawyer may be able to identify evidence out there right away and send preservation requests to save the stuff that’s out there which may be favorable to your defense.

Do meet your lawyer and ask questions.
It’s important that you hire a competent lawyer, i.e. someone who knows what they’re doing. How? Start by meeting and talking to a lawyer before you hire them. Talk to more than one lawyer. Drunk driving can impact not only your driver license but have consequences on immigration status and your job (in particular, if you hold professional licenses).

If you’ve been charged with drunk driving (OWI as Michigan calls it), feel free to contact our office at (616) 965-2621 or contact@zamzowfabian.com to set up a time to meet and discuss your case. We never charge for this initial meeting (lawyer word: consultation). And we encourage you to ask questions. 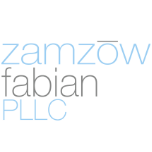